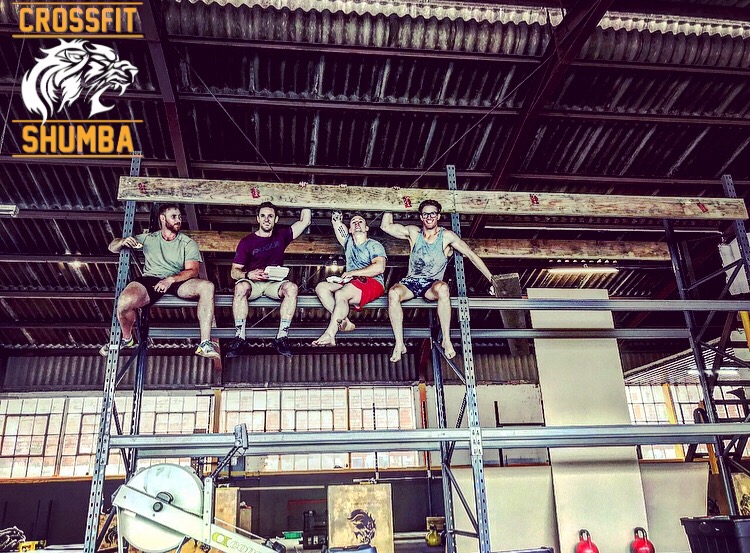 Let’s get it out the way, and in doing so, potentially offend many die-hard CrossFit fanatics: DO NOT DO CROSSFIT TO DO CROSSFIT!

I love CrossFit training. But we need to understand the simple truths here; if you’re doing CrossFit to compete in CrossFit, or you believe (from the outside) that CrossFit exists purely to “do CrossFit”, then you’re on the wrong track. Sorry ‘bout that.

I’m not to be misunderstood, there exist among us a very small handful of people who are competent and able enough to compete at the exceptionally high level required of them, to be competitive semi-professional athletes. They are incredible. But they are the exception, not the norm. There are also HUGE benefits to us plebs doing CrossFit/functional fitness competitions, but we have to understand our “why” a bit better before we go down that rabbit hole.

For most of us, the 99.98%, CrossFit is THE BEST TOOL AVAILABLE to, on a large scale, prepare the average person, generally, for the widest variety of challenges that may come your way.

Why Don’t More People Know About This Then?

An excellent question my intrepid band of keyboard explorers. Due to its meteoric rise in popularity as a fitness routine from the early 2000s, to now, with over 10 years of CrossFit Games under our belts, we have really only been privy to the Studs and Studdesses that are “The Games Athletes”. While they have earned their notoriety with their immense feats of fitness, it does mean the uninitiated public has a preconceived notion if what it is we do on a daily basis in our gyms at a grass-roots level.

There are 3 chief stumbling blocks one comes up against when trying to explain CrossFit, the lifestyle fitness regime, to someone who has only heard of it through the internets.

Myth 1: Starting CrossFit is only for fit people who want to compete in CrossFit.

Truth 1: Those top athletes that have been used to advertise all things CrossFit are the sharp end of the spear in terms of what CrossFit training can do for you. They are not why this movement has grown so big so fast though. Games athletes inspire the everyday people in the boxes because, at a base-level, they ARE the people in the boxes. Sure they have achieved incredible results, performance-wise and aesthetically, but they are just people. Like you and I. And the people doing CrossFit know that. We’re just trying to get that message out to the greater population now.

It’s getting traction, but people need to think a little outside their own box of limitations too. Thinking that CrossFit is only or competitive athletes is like thinking that playing football is only for people trying to make it into the English Premier League. Or like saying you need to be clever before you go to school. Regrettably, this type of reasoning is holding so many people back from discovering what they are truly capable of! We are working to change that. We need to work harder on this message.

Myth 2: CrossFit is the root of all injury.

Haters of CrossFit will always have easy content to trash CrossFit, and that’s fine. They either need to do and say whatever they need to do and say to cover up their insecurities about their own methodologies and their lack of positive results. Or they belong in the second camp of critics where they are simply misinformed and don’t know what they are talking about.

Ultimately, if you are going to do anything significant, you will have critics. You will have even more critics when what you are doing makes people feel good enough to tell others about how good they feel. It’s almost as if this attempted social blow-back about CrossFit’s allegedly high injury rate validates all the positive results that are achieved. Because without you doing a whole lot of good, people won’t try and find bad stuff to say about you behind your back (or behind a keyboard).

PS, there’s no excuse for bad coaching. But you get bad coaches in every sport. You don’t hear people saying running is unhealthy and dangerous coz a whole bunch of people didn’t finish The Comrades Marathon last year due to ITB pain, shin splints, insufficient preparation or rhabdo, do you?

Myth 3: This one’s for the people already doing CrossFit – You train CrossFit to Compete in CrossFit, or You Shouldn’t Do CrossFit

Truth 3: Sadly this is one we see a lot of nowadays. And it relates heavily to Myth 1, but applies more to people already in CrossFit. When people get into CrossFit and really get stuck into all the training and seeing what their bodies can do, they start entering CrossFit comps. And that is AWESOME. But…and it’s a big “but”, a problem arises when people don’t achieve on the “results” they think they are worth based on the effort they put in. Or somebody else with far more natural talent walks in and beats them with minimal effort.

I get it, that stuff is disheartening. It’s tough not winning when you work hard. But maybe you’re approaching this whole concept incorrectly. If you started CrossFit with the idea that you’d be rubbing shoulders with Matt and Tia in few years of fitness, you were sorely mistaken. We won’t get into why. That’s another conversation.

Let’s refocus our attention as “CrossFitters” away from defining ourselves by attendance and results at CrossFit/Functional Fitness competitions. Let’s rather refer back to the original Hierarchy of Movement that Glassman proposed that had “Learning and Playing New Sports” at the top of it. Get out and try new stuff. Use your fitness outside the walls of the gym. The world is your playground, truly! 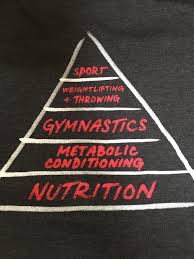 My firm belief and a newfound zest for CrossFit has been borne out of a similar realisation. I want to be the most adaptable and capable human I can be. I want to train myself so hard that I have no preferred mode of activity – gymnastic, monostructural (running/cycling/etc), or weightlifting. There should be no time domain of activity that concerns me. There should be no task or challenge that I turn away from for fear of it being too “hard”. This does not mean that extreme goals or challenges that will place me in a physical and mental crucible will not receive extra attention and respect. It does mean that if I am to be ready for anything, that I must train with a variety of movement and time domains. The workouts I undertake must be approached with focus and intensity and littered with functional demands.

I would really encourage people of all ages, shapes and levels of ability to think about this when they consider what it is they want to do about their health and fitness:

If I was faced with Cyclone Idai tomorrow, would I be able to save myself, and my loved ones? Do I have the physical capacity to be an asset in the aftermath of such a challenge, or would I be a liability? Would I be physically and mentally capable of surviving and enduring such an event? Does my lifestyle today reflect the actions of someone who could face that tomorrow?

If not, maybe you should do something about that…get into a Box, so you can survive and thrive outside of one. The happiness, confidence, security and satisfaction you will achieve knowing your body and mind are capable of enduring great physical and mental challenges is second to none.